The European Union Agency for the Space Programme (EUSPA) provides safe and secure European satellite navigation services, promotes the commercialization of Galileo, EGNOS, and Copernicus data and services and coordinates the EU’s forthcoming governmental satellite communications programme GOVSATCOM. EUSPA is responsible for the security accreditation of all the EU Space Programme components. As of 2023, EUSPA will also take responsibility for the Space Surveillance and Tracking (SST) Front Desk operations service.

The Czech Presidency of the Council of the European Union spearheads the agenda and priorities of the EU in the second half of 2022. The Czech Ministry of Transport is  the leading entity for the space agenda of EU2022CZ. The Czech Republic has made EU Space data exploitation a priority for its Presidency, highlighting the power and importance of space data in our daily lives. 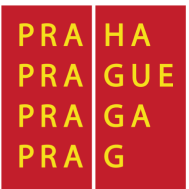 A home to EUSPA HQ, the City of Prague has been active in the space sector through its support of space startups and promotion of the use and exploitation of space technologies, data and applications in various fields (e.g.: safer public transport or monitoring of green areas and heat islands) to improve the wellbeing of its citizens and visitors. Prague wants to further build on its centuries-long space observation and research tradition, currently represented by the Observatory and Planetarium of Prague, which launched its own satellite dedicated to educational purposes in June 2022.