Chair of the Committee on Industry, Research and Energy , European Parliament
Keynote speaker 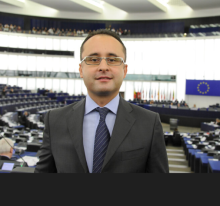 Cristian Busoi has a PhD in Public Health and Health Management. He graduated in medicine at the “Carol Davila” University in Bucharest, in law at the Titu Maiorescu University in Bucharest, and in diplomacy at the Romanian Diplomatic Institute in Bucharest. His political career started in 1996 when he became a member of the National Liberal Party. Eight years later, he entered the Romanian Parliament as Member of the Committee for Health and Family and in 2013 became President of the National Health Insurance.