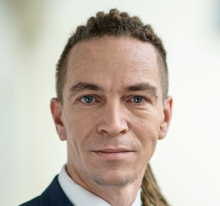 Ivan Bartoš has been the leader of Česká pirátská strana (the Czech Pirate Party) for many years, and was one of its founders in 2009. He has been a member of the Parliament of the Czech Republic since autumn 2017, and also defended his mandate in 2021. He spent four years in the Chamber as chair of the Committee on Public Administration and Regional Development; in addition to this, he has also been involved in fields such as digitalization.

His professional career has included several posts at Czech and multinational IT companies, such as Newton IT, Monster Worldwide, and T-Mobile; he also launched the employment portal Air Jobs.