Minister of Transport of the Czech Republic
Keynote speaker 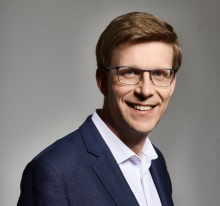 Martin Kupka is currently serving as Minister of Transport of the Czech Republic.

Prior to this, after the victory of the ODS in the municipal elections in 2010, he assumed the role of mayor in the municipality of Líbeznice.  He defended his mandate in the 2014 and 2018 elections. After success in the regional elections in 2016, he worked for a year in the Council of the Central Bohemian Region. He was responsible for the area of healthcare. In 2020 he returned to the Council of the Central Bohemian Region in the role of Statutory Deputy Governor for Road Transport. In the autumn of 2017 he was elected a Member of Parliament of the Czech Republic. He defended the seat in the 2021 elections.