Chairman of the Security Accreditation Board , EUSPA
Keynote speaker 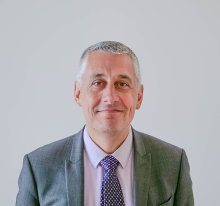 Prior to that, Mr. Bertrand worked as a European affairs coordinator at the Directorate General of Armaments (DGA) in France. Philippe Bertrand has a vast experience in space-related activities, security and satellite navigation. He has held several managerial positions in the public sector, namely in the French Armed Forces, the office of the French Prime Minister and the European Commission.